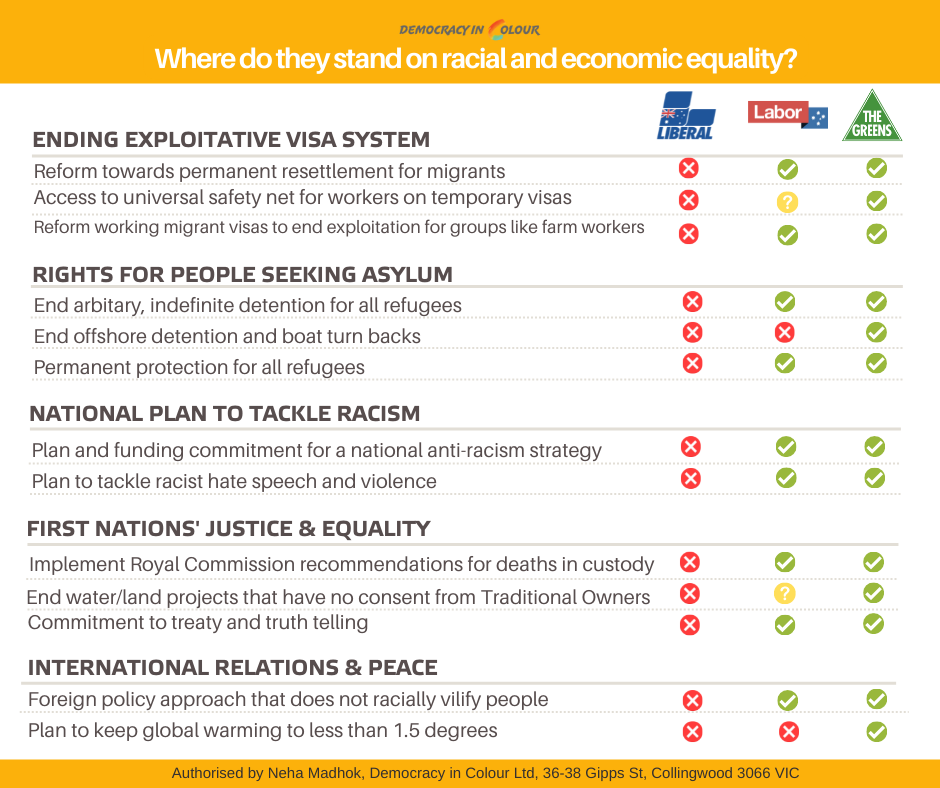 Can you chip in $12 to help us reach as many voters of colour?

Undecided voters of colour might hold the balance of power to decide who will be the next Prime Minister.

So in these last 48 hours we’re putting out racial justice scorecards that lay bare how the Morrison Government has utterly failed on racial justice. The impact of these policy failures are hard to find because Murdoch press dominates media ownership in this country and refuse to consider racial justice as a priority to report on.

We want these scorecards to reach as many undecided voters in communities of colour as possible. The best way to do this? By putting out ads on social media targetting voters in Reid, Parramatta, Cowan, Greenway and Chrisholm.

But social media ads are expensive – the more people we want to reach, the more money we have to put behind it. Carrie, can you chip in $12 so we can put out this scorecard ad on social media and reach as many undecided voters in multicultural electorates as possible?