Here’s what our members powered in 2021

The Latest News Here’s what our members powered in 202...

It’s been a big year for Democracy in Colour, and it couldn’t have done it without members taking action, organising and donating to campaigns.

Here’s what you – Democracy in Colour members – have powered in 2021!

Your support for communities of colour during the pandemic was invaluable

Both 2020 and 2021 saw Democracy in Colour go into overdrive as we support communities of colour affected by the Pandemic. We had commitments from numerous state governments and local councils putting out COVID-19 support packages for migrants. 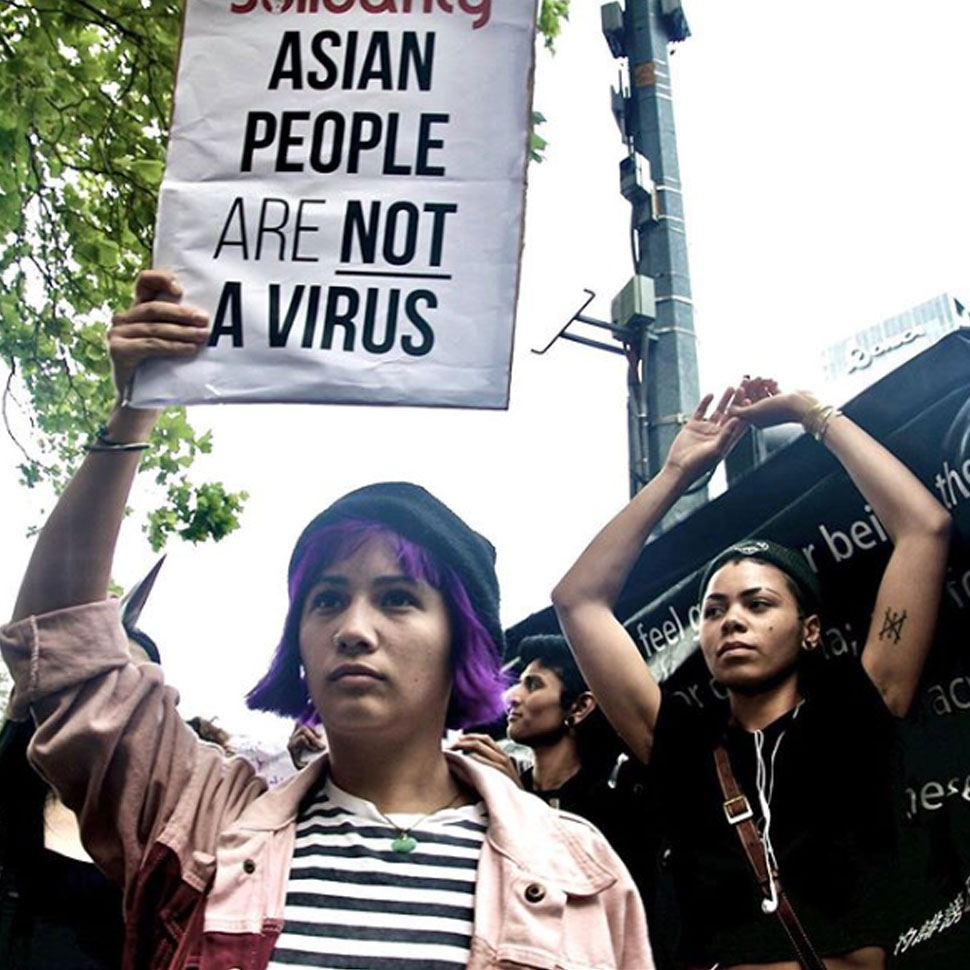 We organised in solidarity with Asian-Australians unfairly victimised during the pandemic and won a campaign calling for local councils and state governments to provide financial support to the Temporary Visa Holders left behind by the Morrison Government.

With Your Support, Citizens Could Be Reunited With Their Family

During the Delta outbreak citizens coming home to Australia from India were banned from arriving with little to no warning. No such measures were taken when countries like the USA, UK or Italy were experiencing similar COVID-19 crisis numbers.

Through your support, we were able to force Prime Minister Scott Morrison to backtrack and renounce the criminalisation of arrivals from India, announce a date for resumption of flights and encouraged states to step up to take in more arrivals.

We pushed back against racialised policing and scapegoating

When the Berejikilian Government chose to focus their lockdown and militarised policing on Western Sydney only, we were quick to call it out. This was, in our view, thinly veiled racism. Policing, rather than a public health response, helps nobody, But this is worsened when criminalisation disproportionately impacts migrants, working class people, First Nations people, and people of colour. 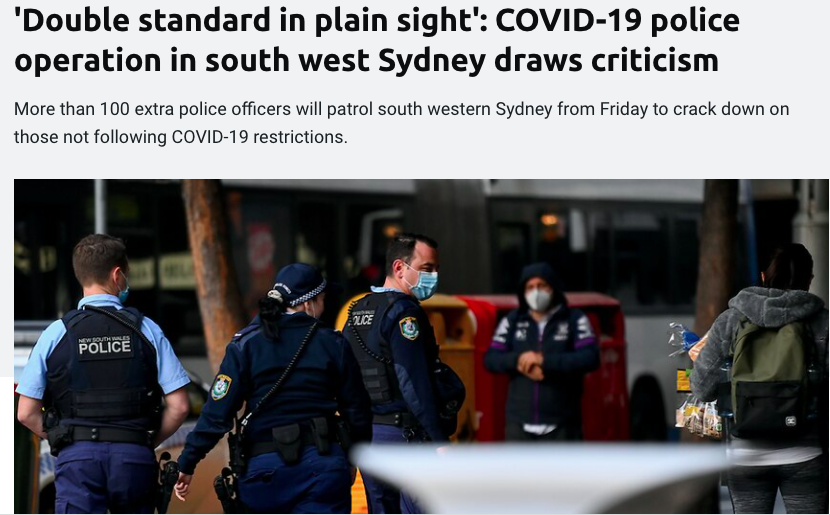 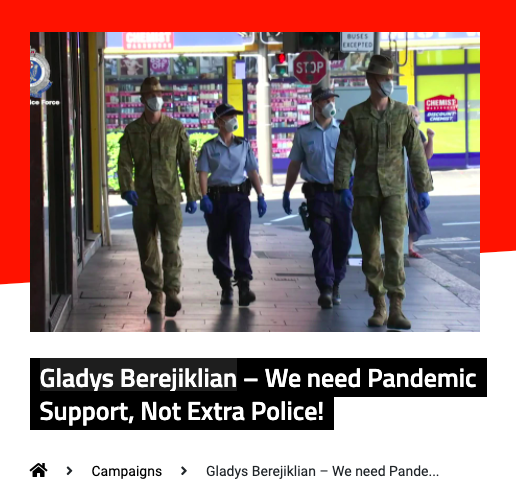 Our campaign to call out the racist policing of communities of colour changed the narrative, forcing the NSW Berejiklian Government’s Ministers and Police to respond to how policing was unfairly deployed. They were asked repeatedly for days if they were being racist and why there was a double standard between Western Sydney and the North Shore and Eastern Suburbs.

This is crucial in the lead up to the 2022 elections, where we’ve seen Morrison Government is wedging race, migration and “national security” as an election issue. They’re expanding powers to block and deport visas of people I know and love without much oversight. They’re defunding important services for communities of colour whilst putting extra funds into policing. The Labour Government is not much of an alternative for us, caving at every racist Liberal dog-whistle in the lead up to the election. 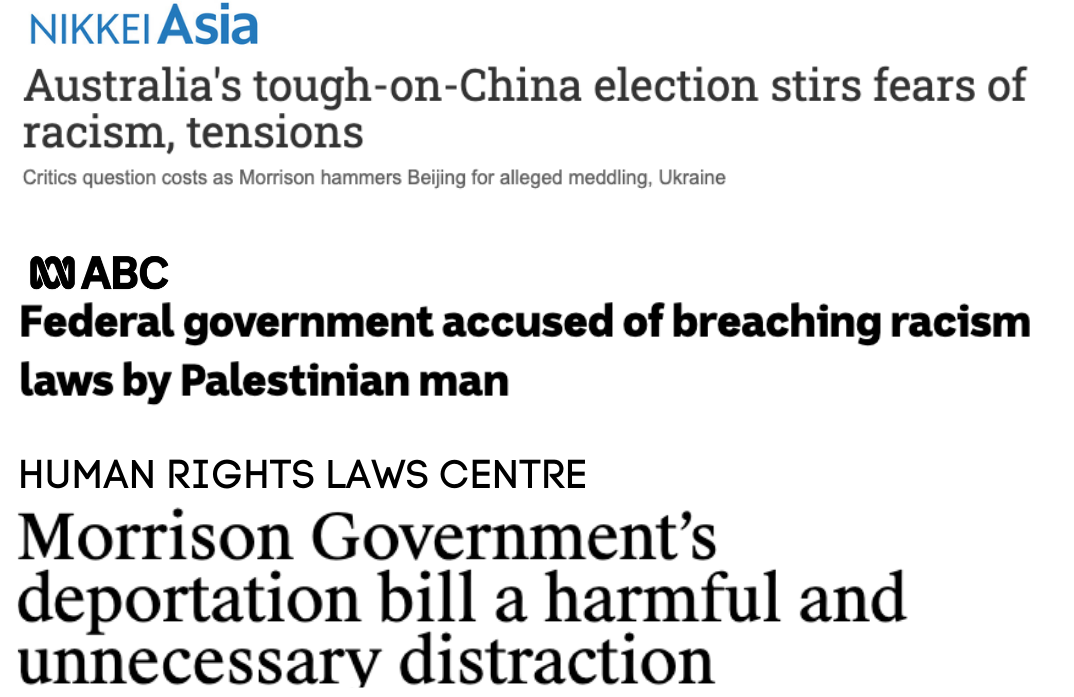 It doesn’t help every day when I read the news, the Murdoch press has blown up another story either vilifying communities of colour or starting a cultural war about very needed racial justice conversation in this country. With Murdoch owning and controlling 60% of Australia’s press, people of colour have very little to shape the political discourse to meet our own community needs.

Democracy in Colour wants to tackle the very core of government, media and economic structures that reinforces systemic racism in Australia. By being part of this incredible community, we’re working hand in hand for an equitable and racially just country!