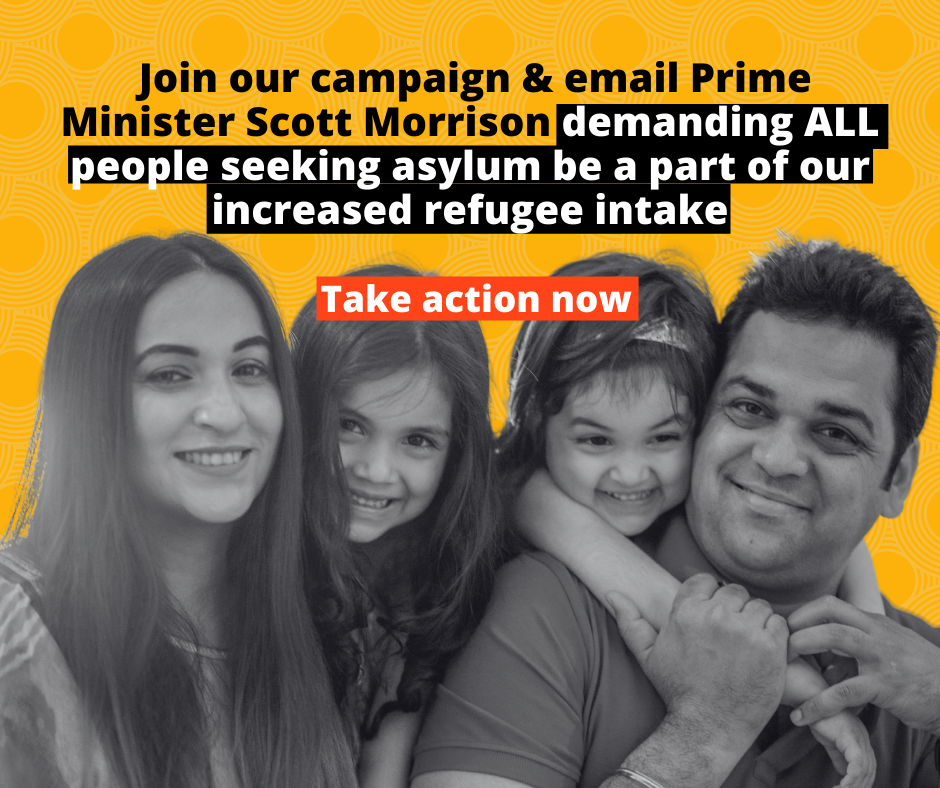 Can you email Immigration Minister Alex Hawke to include all who seek asylum, no matter where they come from as a part of our increased refugee intake?

Immigration Minister Alex Hawke has stated that only visa applications from Ukrainians will be moved “to the top of the pile”. Ukraine may be in the headlines, but there are still thousands of people around the world facing alarming conflict who need a safe refuge. As you read this, drone strikes are mercilessly targeting Yemen. Last week the US bombed Somalia. Thousands of people are fleeing Afghanistan.

Granting people asylum changes lives – more than sanctions and weapons. For people like Abdul, a journalist from Afghanistan fleeing violence, coming to Australia has given him a new home.

But Scott Morrison refuses to let Abdul bring family with him. Abdul describes being unable to protect his family as a new sort of “jail”.

Our refugee system cannot operate on a two-tiered system – one that values white lives but deprioritises and detains people of colour.

Stand against racist refugee policies. Can you email Immigration Minister Alex Hawke to include all who seek asylum, no matter where they come from as a part of our increased refugee intake?