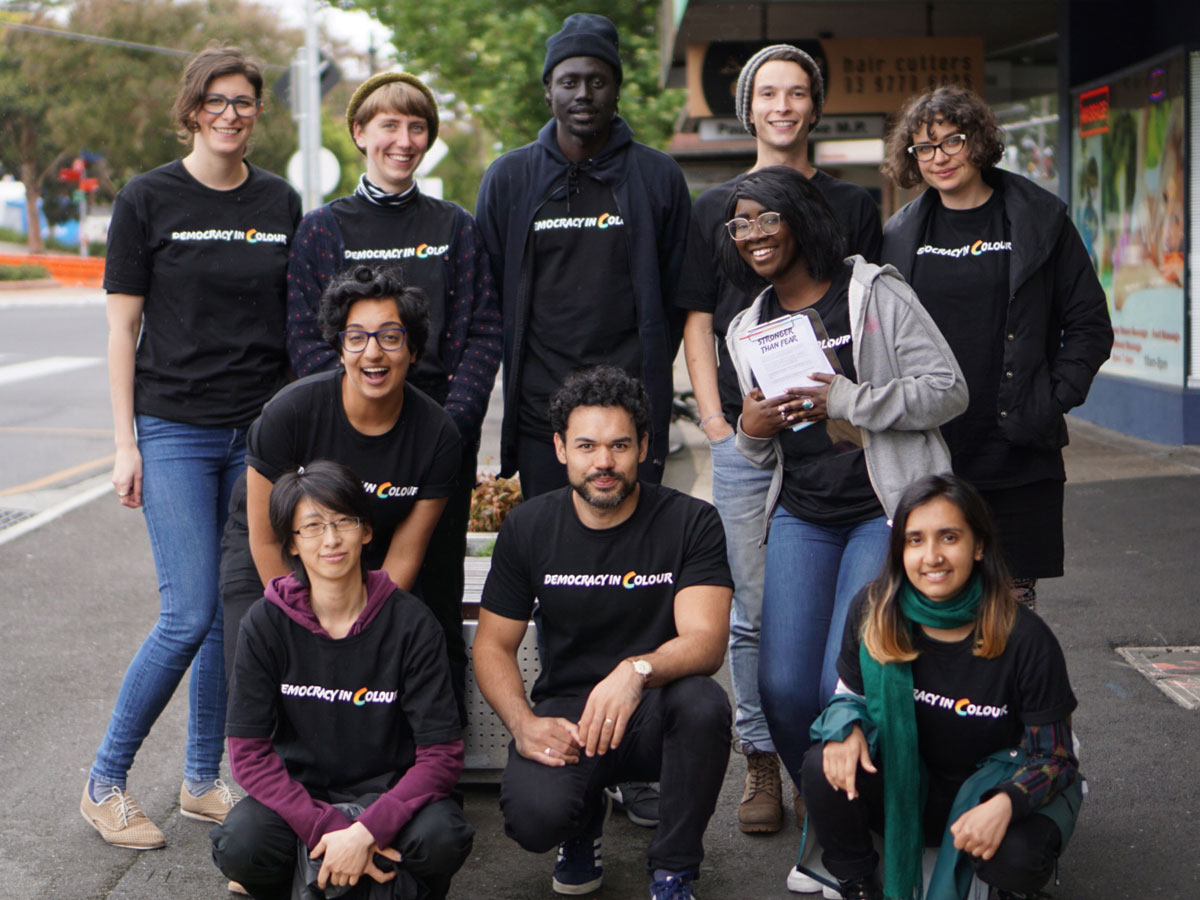 Democracy in Colour wants to tackle the very core of government, media and economic structures that reinforces systemic racism in Australia. But this has to be led by communities of colour. We need regular donations to power our work and independence.

Will you power independent racial justice work by donating $30/month?

By regularly giving $30 a month you’ll join an awesome community of “Solidarity Members” and be able to:

Every donation, no matter how small, builds more power in communities of colour.